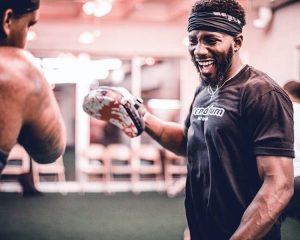 Kenny is a sought-after performance practitioner. His sole mission is to revolutionize the way people view health and physical performance. Kenny is a graduate of Middle Tennessee State University where he majored in Exercise Science and holds a master’s degree in Exercise Physiology. It was during his undergrad time that Kenny began to learn exercise prescription and strength and conditioning. During his college years, Kenny spent hours being an athletic training student, and a health fitness specialist at Verizon Wireless Health and Wellness. He has also spent time training athletes with Battle Ground Academy, MTSU and Lipscomb University strength and conditioning. He was featured on the premier episode CBS’ new show Million Dollar Mile. He’s currently the Strength and Conditioning coach for Northeast High basketball and consults with other programs all over Clarksville.

Kenny has attributed to more than 900 total lbs lost within a four year span. Amongst other things, he is a Certified Personal Trainer through the highly accredited National Strength and Conditioning Association. He also became a Certified Strength and Conditioning Coach through the NSCA, a Certified Speed and Agility Coach, Functional Movement Screen Level 1 certified, Level 1 Precision Nutrition Certified and is a Corrective Exercise Specialist through the NASM. With KB as your trainer, you can look forward to seeing results and having a great time while doing so! 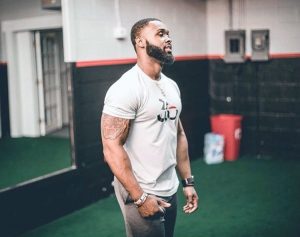 Tim made a commitment to educate himself on health and fitness while attending Middle Tennessee State University where he studied Exercise Science, that was just the beginning of what created who he is today. After 3 years of school he made the decision to serve his country by joining the United States Marine Corps as a 0311 (Infantryman). In just 3 years he has been delegated to ensure his Marines are in exceptional conditioning shape for their assessment tests and are combat proficient. While serving he took on the challenge of competing in NPC Bodybuilding and Physique competitions . Within his second year of competing he became nation qualified in Men’s Physique. His primary fields of focus in training are building lean muscle mass and HITT (High Intensity Tactical Training). He has pushed himself past limitations in those fields and excelled. While you’re resting and relaxing others are working as if they won’t have the opportunity tomorrow. So he urges you all to inherit the “3D’s” into your goal planning. DECIDE what you want! DEDICATE yourself to it! Stay DISCIPLINED to keep it!

Are you ready to change your life?

Read more of our reviews, testimonials, and success stories by clicking here.